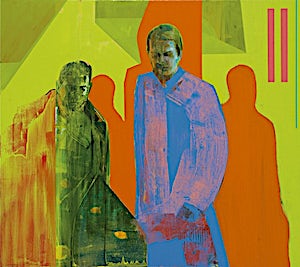 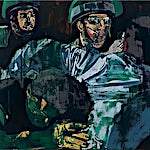 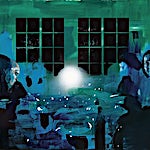 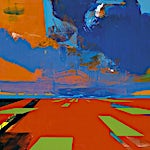 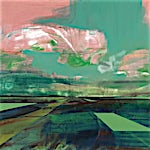 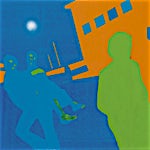 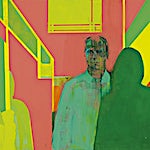 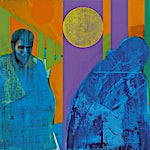 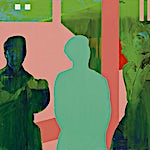 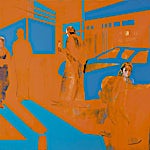 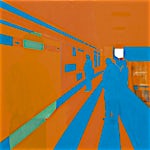 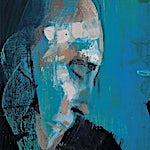 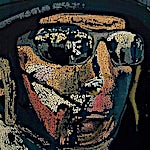 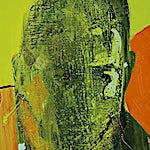 SOTHEBYS will be hosting an exhibition of new works by the emerging Norwegian artist Kenneth Blom from January 9 to 23, 2007. The artist is represented by Galleri Haaken in Oslo, who will be displaying his works in the Colonnade Gallery at Sothebys New Bond Street in London. Following Bloms major exhibition at Norways premier museum, the Henie Onstad Kunstsenter, this is the first time that Sothebys is to showcase the work of a contemporary Nordic artist.

Kenneth Blom was born in 1967 in Roskilde, Denmark. After moving to Norway as a child, and spending a year in Spain after school, he went on to study at the Statens Kunstakademi in Oslo. During his time at the Academy, he first experienced the conflict between figurative and conceptual art, which has continued to preoccupy him throughout his career.

Following his time at the Düsseldorf Academy of Fine Arts, he became influenced by the likes of Dan Flavin and Joseph Beuys, and as a result, his painting became increasingly minimalistic. In fact for a period, he abandoned the paintbrush in favour of the airbrush and started to paint on aluminium in order to enhance the coolness and machine-like qualities in his treatment of the picture surface.

His most iconic work to date, entitled Birth, depicts an ambiguous scene where a man half-seated in a hospital bed is being attended by another man dressed entirely in black. References to the work of Edvard Munch are present throughout the work, both in its composition and in Bloms use of hovering infants flanking the central motif, reminiscent of Munchs Madonna of 1894. Munch is also a huge influence on Bloms landscapes, which have a tendency to express moods and states of mind. Both his figurative works and his landscapes seem to explore the melancholy that has been such a preoccupation of Norwegian artists through the ages.

For his recent works, including the pieces to be shown in the exhibition at Sothebys, Blom has increasingly relied on photographs as ground material, having originally been inspired by Gerhard Richter in his student days to do so. Several pieces in the show feature motifs borrowed from the medias immediate and bland depictions of human suffering, war and strife.

A fully illustrated catalogue will be available