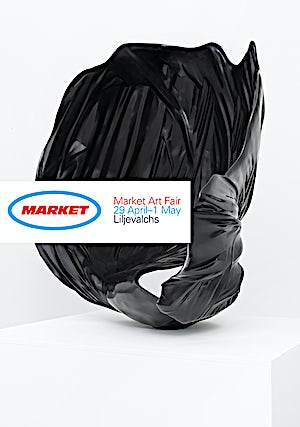 Espen Dietrichson (1976) lives and works in Oslo and Haslum. He was educated at Oslo Drawing and Painting School (1998-2000), and the Norwegian National Academy of Fine Arts (20002004). He works with sculptures, paintings and works on paper. His works often engage in dialogue with architecture. Dietrichson has, among other things, created the art of Våler Kirke where he worked with light as a sculptural intervention in the altar wall and an altarpiece in polished steel. Recently he finished the altarpiece of the new Porsgrunn Kirke, where he collaborated with Marie Buskov on a relief in stoneware. Dietrichson has had solo exhibitions at Haugar Vestfold Kunstmuseum and Bomuldsfabriken Kunsthall, and in 2020 was relevant with exhibitions at Galleri Haaken in Oslo and Sørlandets Kunstmuseum in Kristiansand. In the autumn of 2020 he raised a monument, honouring the Norwegian war sailors, in the city of Moss.

In his artistic work, Espen Dietrichson examines concepts such as balance and movement, based on references to an unknown architectural space. He works with painting and sculpture, and in his most recent works he has explored oil painting, ink wash, silkscreen and sculptures cast in bronze. In these works, he has created compositions that capture the essence of a moment, in which the shapes are ejected into circular movements. Both sculptures, paintings and silkscreens are closely connected as they are developed within the same artistic starting point, and can be individually seen as smaller sections of a larger movement.