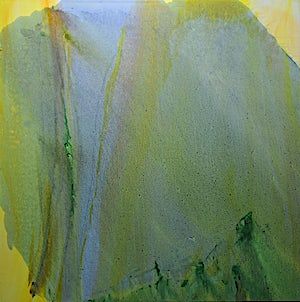 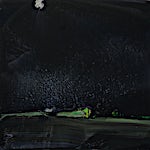 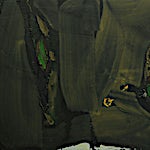 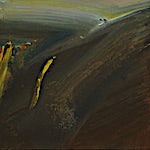 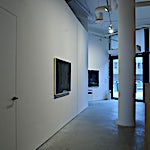 He is one the most important artist of the abstract painting in France.
From 1950 onward, the artist favoured material and muted colours. He then came progressively back to the landscapes and found his way to "fervent abstraction" as he defines this way because his painting symbolizes the emotion created by a landscape.
Public commissions include the stage curtains for the Comedie Française in 1987, for the Hong-Kong Opera in 1989 and Shanghai Opera in 1998, ceramics for the Toulouse subway in 1993 and the same year stained-glass windows for the chapel of Saint-Mandé in Morbihan, France. In 1997, the choreographer Carolyn Carlson created the ballet "Signes" inspired by Olivier Debré's paintings and music by René Aubry.
The artist has had lots of exhibitions in many museums in the world, with a retrospective at the Galerie Nationale du Jeu de Paume in 1995. Olivier Debré was elected a member of the Académie des Beaux-Arts of the Institute de France. He died in Paris in 1999 aged 79.